The three main differences between CBD and THC


Although CBD and THC are both cannabinoids that interact with receptors found in the human brain, they have dramatically different effects.

CBD and THC are the two most abundant cannabinoids and natural compounds in cannabis plants, so you might have already heard about these two and wondered how they differ from one another.

CBD oils and CBD products are storming the global wellness market, and millions of consumers are taking CBD daily. On the other hand, THC remains a big no in many parts of the world even though medical marijuana is now allowed in more countries for medical treatment. Now you might wonder what makes these two cannabinoids so different from one another.

There are three primary types of cannabinoids. These are:

Phytocannabinoids like CBD and THC account for different properties of the cannabis plant, and today’s advanced technologies allow manufacturers to extract and isolate them from the cannabis plants. CBD has become a wellness hit thanks to these methods, and hemp-derived CBD products are booming in popularity.

People often confuse CBD with tetrahydrocannabinol (THC). This isn’t too surprising when you consider that the two are derived from the same plant and both belong to the cannabinoid group. In this article, we’ll cover the major differences between CBD and THC.

THC is known for its ability to cause euphoria and its psychoactive effects. CBD, on the other hand, is not a psychoactive substance. What’s more is that CBD is typically derived from hemp, and THC from marijuana. The cultivation of hemp and the extraction of CBD from hemp are both completely legal.

Keep reading this article to learn more about the differences between CBD and THC.

The first and most significant difference between CBD vs. THC is the effects they produce. Both CBD and THC interact with the endocannabinoid system (ECS) and cannabinoid receptors but affect the human body differently. If you have ever tried marijuana and experienced its ‘high,’ you already know how THC makes you feel. It’s the main psychoactive compound in cannabis and the reason for marijuana’s psychoactive effects. Marijuana naturally produces high THC amounts, and its potency varies across different cannabis strains depending on the THC percentage.

Dr. Raphael Mechoulam, commonly referred to as the godfather of cannabis science, discovered THC in 1964 and unfolded the mystery behind cannabis’s psychoactive properties. But long before the discovery of THC, Roger Adams had already found and isolated cannabidiol (CBD.) Unlike THC, CBD is non-psychoactive. Since its discovery, various pharmacological experiments have been using CBD oils extracted from cannabis because of its potential medical benefits. CBD oil products have become popular products globally.

Now, millions of people use CBD, but CBD consumers don’t use it for a euphoric experience like smoking cannabis. The primary difference between CBD and THC is the effects they produce. THC binds to ECS receptors and causes psychoactive side effects, while CBD doesn’t bind to ECS receptors and interacts with them indirectly. It doesn’t carry psychoactive properties and won’t produce mind-altering side effects.

Not only it won’t get consumers high’, but the research shows, that CBD can tame THC’s psychoactive effects, so it can be a great supplement for those who are afraid to go overboard with marijuana. According to the World Health Organization (WHO) CANNABIDIOL (CBD) Critical Review Report, regardless of how much hemp-derived CBD you consume, it won’t cause THC-like effects. 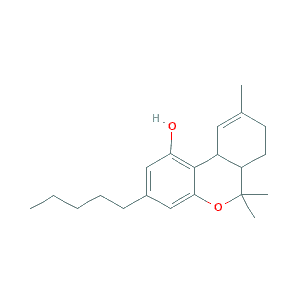 Another primary difference between CBD vs. THC is their source. Although many people use the terms marijuana and cannabis interchangeably, there are two types of cannabis plants – hemp and marijuana. Both of these plants have CBD and THC, but the amount of each cannabinoid makes them different from one another.

CBD in various available CBD products derives from industrial hemp, while THC products are made using marijuana or medical marijuana.

Hemp naturally produces only trace amounts of THC, so only small non-psychoactive amounts of THC or non-detectable THC amounts are in CBD products. Those products with THC in them are called full-spectrum CBD products. Even though there’s a small amount of THC in them, they are still hemp-derived. They are famous because of the Entourage Effect – the famous theory claiming hemp-derived compounds work in synergy to produce effects, including THC. THC-free CBD is called broad-spectrum.

CBD is legal, while THC remains illegal in many countries

The legality of CBD vs. THC is another factor that makes these two compounds different.

Because CBD contains only trace amounts of THC, products derived from industrial hemp are perfectly legal for personal use in most European countries with up to .2% THC and the U.S. with up to .3% THC according to federal law. (the 2018 Farm Bill removed hemp from the list of Schedule I drugs in the controlled substances act CSA)

In contrast, THC remains illegal in many countries because of the compound’s psychoactive properties, with exceptions where medical marijuana or recreational marijuana use is allowed. (here, you can also find marijuana-derived CBD products.)

In those countries where marijuana is illegal, some employers use drug tests as a part of the application process or regularly monitor their employees for marijuana use. The standard drug tests look for THC metabolites in the body. If they are detected, marijuana consumers can still face various unwanted consequences unless they have a medical marijuana license.

On the other hand, CBD is available in numerous countries without a prescription (it’s not a drug rather than a supplement) and won’t cause legal issues.